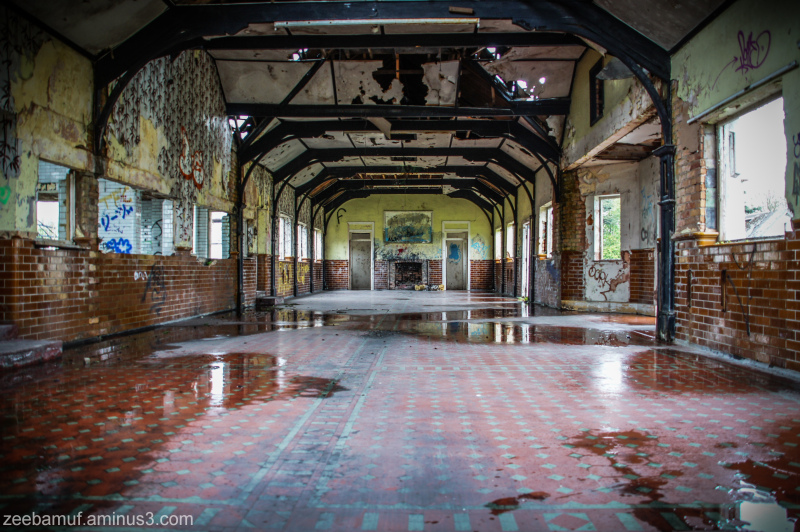 This is a set of photo's from a recent trip to St Athan Boys Village in South Wales.

Philanthropist David Davies, 1st Baron Davies of Llandinam and president of the Ocean Coal Company was first inspired to build a holiday camp for the sons of miners from the South Wales Coalfield in the early 1920s. Opened on August 8, 1925, the camp offered them an escape from the polluted and unhealthy atmosphere of Valleys industrial towns and a place to play and be free, as well as being close to the nearby beach. Over the years its usage developed to include the teaching of apprenticeships and new skills and a youth hostel was opened on site.
The buildings included a dining hall, dormitories, a gym, swimming pool, workshops, a church and even a war memorial. There was also a full-sized cricket pitch, putting green, tennis courts, football and rugby grounds and a pavilion.
The camp was requisitioned in 1940 for military use but returned to civilian use in 1945. With the nationalisation of the coal industry ownership passed to the National Association of Boys’ Clubs, an organisation that supported working boys from the ages of 14 to 18.
The site declined with the growth of cheap holidays abroad and the decline in coal mining in the Welsh valleys and subsequently closed in 1991.
After closure, the site was used for residential Bible courses by various church groups. Sold in 2000 to a new owner, it was stripped of its equipment and rented to a family. When they moved out in 2008 it was taken over by airsoft enthusiasts, graffiti artists and vandals. Various buildings were demolished from 2008 due to extensive fire damage, including the Sir Maynard Jenour building, which was built in the 1980s, the recreation building and a few residential and administrative buildings. The swimming pool roof which collapsed some years after the site's closure was also removed. Much of the debris that littered the remaining buildings was cleared.

Please feel free to comment. I am an amateur photographer in need of constructive feedback to improve.